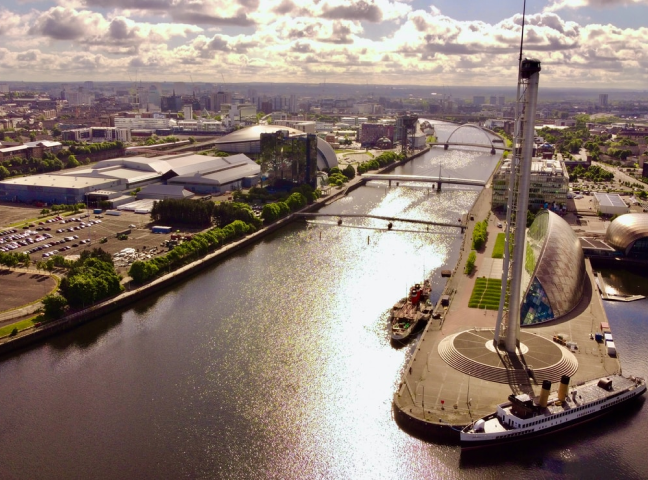 About our Glasgow Data Centre - DC1

Our Glasgow data centre was constructed especially for large-scale server hosting and colocation from our Scotland-based customers. Located a short distance from Glasgow city centre – to the southwest of the city – it’s just a short hop from Central Station and can be reached from the airport in less than half an hour.

DC1 is located in a secure warehouse and has a raised floor system with network cabling and power located in the floor void. It is not affected by any waterways – nor does it lie on a flood plain. The facility is also not directly under any flight paths.

In the lead up to COP26 (October 2021) iomart supported green energy start up, Katrick Technologies, to test its innovative cooling systems in a live data centre environment. Glasgow-based Katrick designed and patented a system that transforms heat energy, in this case, a by-product of a data centre’s day to day operations, to drive the essential cooling system for the centre’s servers.

Tests were performed on the passive cooling system on 29th October 2021, three weeks after installation at iomart’s Glasgow data centre. Results showed that the system is performing better than expected.

Find out more about our Katrick project

Interested to find out out more about our Glasgow data centre?